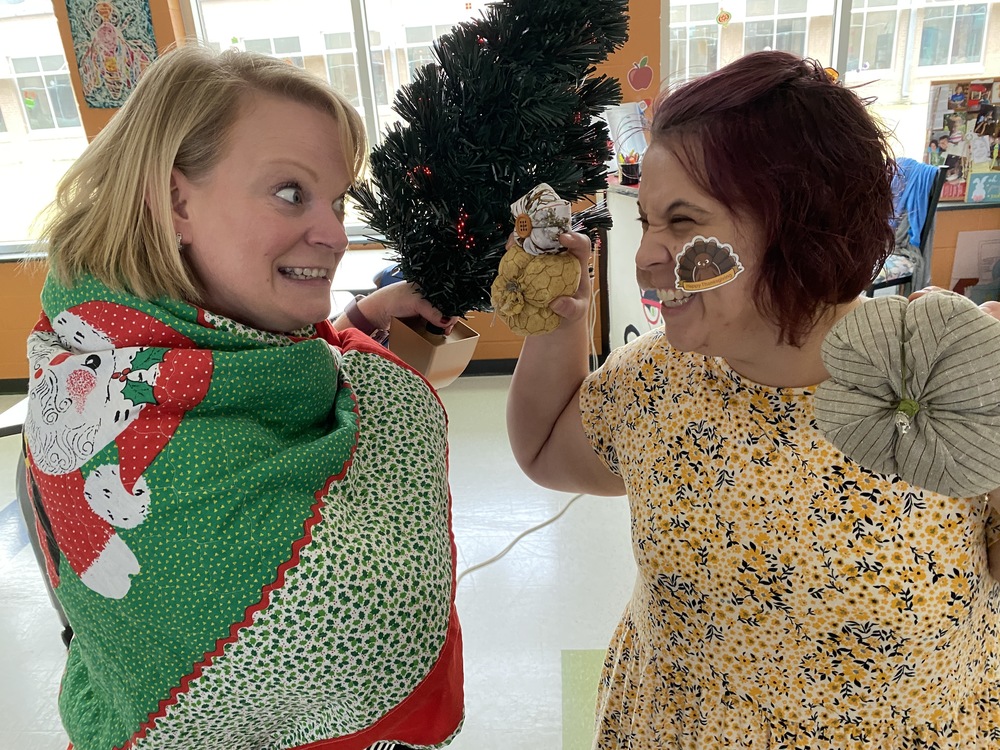 The 600 Wing of the high school is overflowing with unbridled, if not confusing, holiday spirit.  Window decals, memes, table cloths, placemats, and even personal messages deck the halls (though I have seen no boughs of holly). While the appearance may be merry, a closer look reveals an underlying holiday war that began between two department mates and then spread amongst the teachers like butter on a roll. Is that said delicious roll for Thanksgiving or Christmas dinner? Well, that question is the nexus of the events of the ensuing month.

Mrs. Phillips, knowing the past few years have been hard on staff and students alike, decided to decorate for Thanksgiving to spread cheer and remind everyone that a well-deserved break was not too far away. However, an unknown assailant met Phillips’s effort to spread joy by covering the Thanksgiving message with a Christmas message, leaving behind a simple message - “For the Claus” - firing the first volley of this holiday war. Mrs. Phillips did not take this affront lightly.

“Earlier and earlier each year,” Phillips stated, “Christmas is pushed in my face. I am shopping for Halloween decorations and have to look past stockings and tinsel? It’s insanity. What’s next? I’m trying to enjoy summer break while having to hear Mariah Carey sing that all she wants for Christmas is me? I just can’t…” (At this point, a wild-eyed Mrs. Phillips walked away from the interview, muttering to herself.)

The hallway shenanigans escalated, dividing students and staff into two distinct factions: the Never before December-ers and the Christmas Anytime & All the Timers. Ms. Kinsey, the de facto leader of the CAATers, has zero regrets about sprucing up the Thanksgiving decorations, making them cheery and bright.

“If Christmas brings peace, cheer, and goodwill to all, why not celebrate all year long?” Ms. Kinsey answered when questioned about her modifications to Mrs. Phillips’s decor.

What started as a mild-mannered attempt to bring joy to the wing escalated to the weaponization of holiday favorites when, in the dark hours of the morning, someone turned Mrs. Phillips’s room into a Christmas Pine scented wonderland. Who knew a fragrance could be so divisive?

Some believe the gas attack may have won the holiday war for the CAATers. Though Thanksgiving draws ever closer, opps spotted Mrs. Phillips, the Never before December-ers stalwart, at Breakfast with Santa. Not only was she present at the event, but she was also wearing a Christmas sweater.

A scathing flyer soon made its rounds, questioning the loyalty of the Thanksgiving Champion. Was she simply trying to support a school fundraiser? Was she just trying to be a good mother and take her kids to see Santa? Should she have waited? Had the pine-scented gas seeped into the mind of Mrs. Phillips, warping her sense and sensibility? Unfortunately, Mrs. Phillips could not be reached for comment on the matter.

Please click here to give us your opinion on the dispute.

Some samples of evidence: 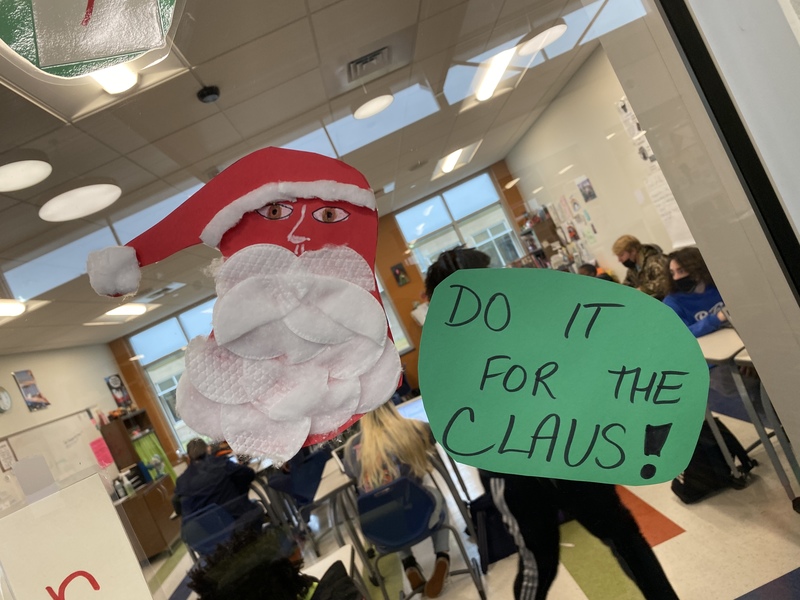 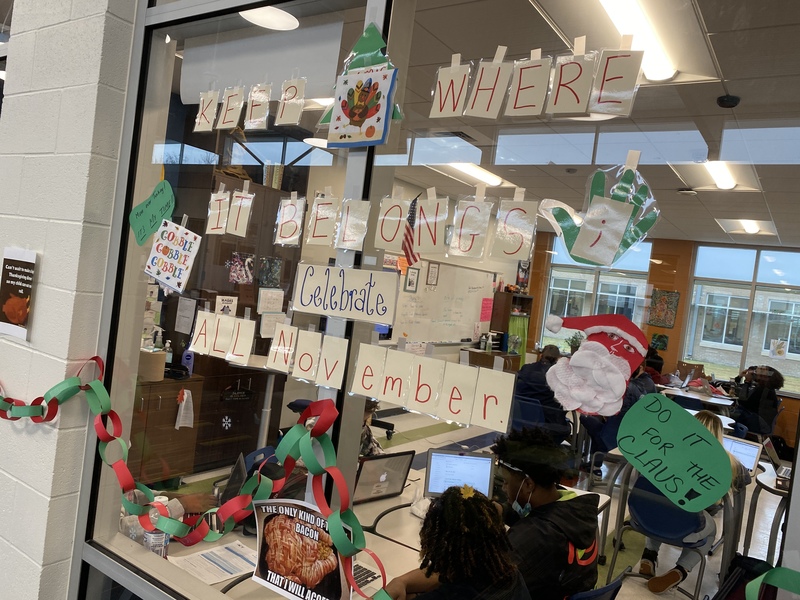 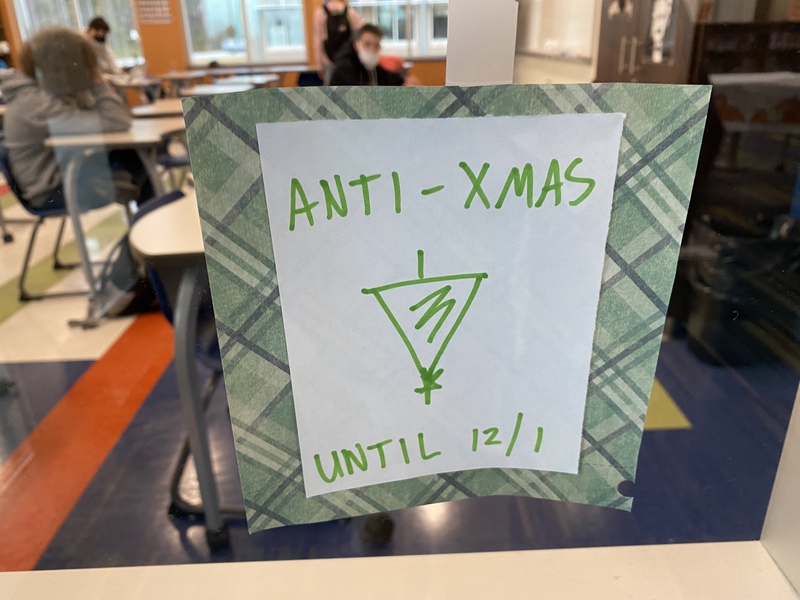 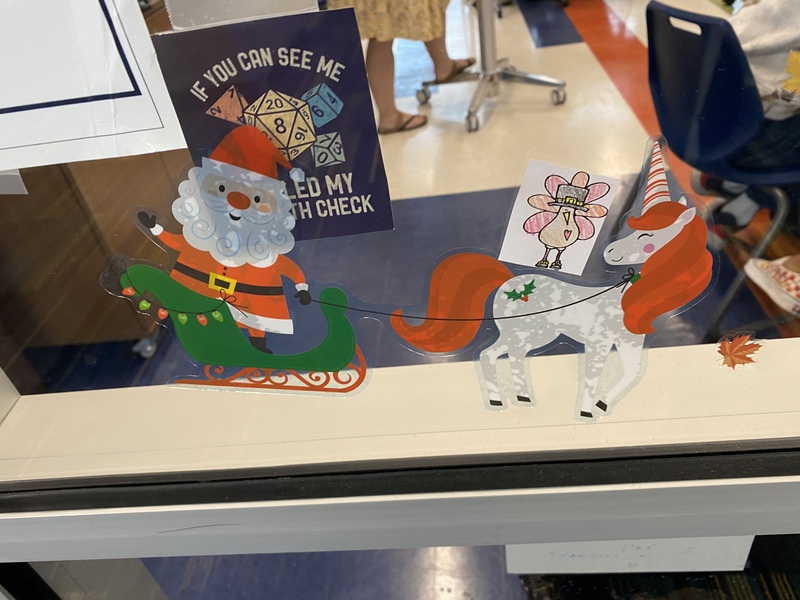 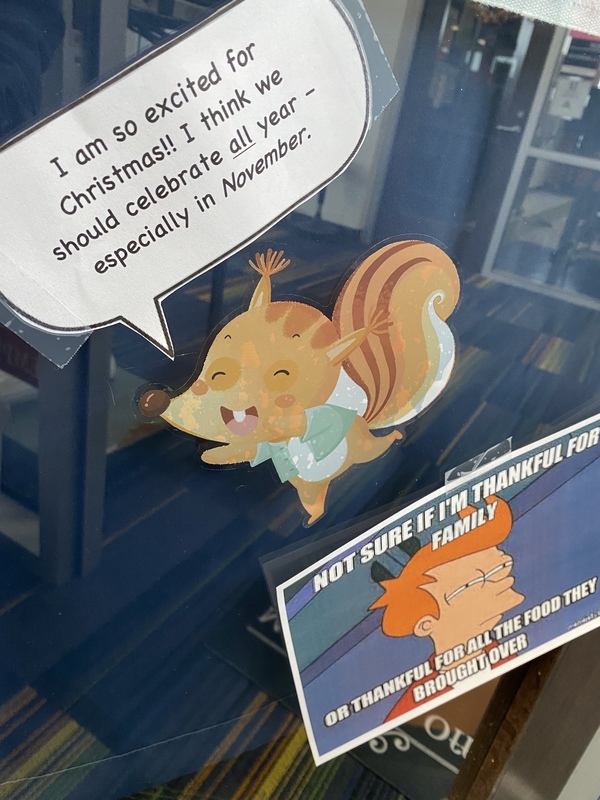 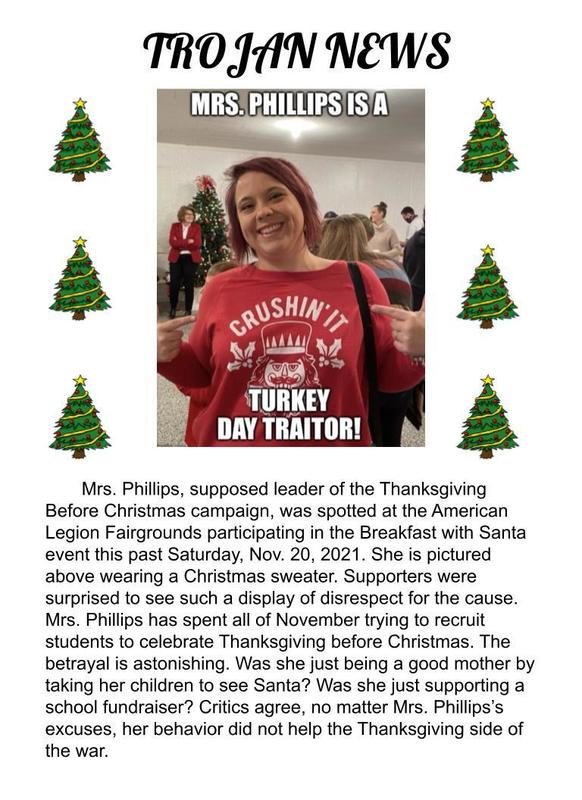